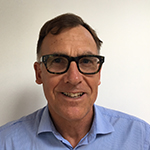 Dr. John Villiger, Ph.D. co-founded The Medicines Company, a Nasdaq listed company in 1996. He served as Senior Vice President, Head of Product Development Worldwide and Managing Director at The Medicines Company (NZ) Ltd., from March 1997until April 2006. Dr. Villiger had a special focus on cardiovascular product development, especially Angiomax which achieved USD 700 million in peak sales. From 2010 to 2016 he returned to act as Head of the Product Development Committee at The Medicines Company to oversee a portfolio of 10 products in development, including cardiovascular, anesthetic, analgesic and antibiotic products. From December 1986 to March 1997, Dr. Villiger held various positions in product development at Hoffmann-La Roche Inc., a global pharmaceutical company, including Medical Director for Roche NZ Ltd from 1987-2001, Head of Global Project Management from 1995 to 1996 and International Project Director from 1991 to 1995. Dr. Villiger was responsible for overseeing the development of Hoffmann-LaRoche's pharmaceutical portfolio, with management responsibility for over 50 development programs. He was responsible for the global development of Tolcapone. He served as Chairman of Proacta, Inc, an US based oncology company from 2004-2014. He has served as a Director of Auckland UniServices Limited from 2000 to the present. He is on the University of Auckland Center for Brain Research Advisory Board, and consults to the University in drug development. He served as a Director of Pharmaxis Ltd., and Australian biotechnology company from November, 2006 to September 2013. He served as a Director of Rubicon Ltd, a New Zealand biotechnology and forestry company from 2000-2003. He was on the board of Proacta, a private oncology company from 2004-2014, and was Chairman from 2011-2014. Dr. Villiger has a Ph.D. in Neuropharmacology from University of Otago and University of Florida.