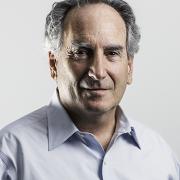 Jim Mervis is a catalyst for success in company development in life sciences and communications, defining and establishing strategic alliances and securing the financial and human resources for corporate growth. During the past 20 years, Mr. Mervis played a pivotal role in the structure, finance and management of several notable bio-pharmaceutical start-ups of the period which had successful exits for their shareholders: Barrier Therapeutics, Cardiokine, and, most notably, Intercept Pharmaceuticals. In the early 1990s, Mr. Mervis worked closely with Professor Stephen W. Hawking as Producer of the interactive CD-rom version of A Brief History of Time.  In his New Zealand based work, he sits on the boards of directors of Engender Technologies and Objective Acuity as well as Ocunexus, which began its journey as Auckland Uniservices spin-out  CoDa Therapeutics.